The staff of the Bramhall branch of Barclays organised and took part in a ‘Monopoly’ themed fundraiser in aid of Charnwood. They formed teams and braved the cold and rain to plot a route around Manchester to visit a number of streets, railway stations, hotels and entertainment venues that had replaced the usual London landmarks on the board. Just like the board game, each location had a property value attached. Each venue visited earned that value for the team. The team with the highest property value visited were crowned the winners and presented with gold medals. The day ended with a well earned hotpot lunch, a tombola and a quiz.

An impressive £509 was raised on the day which Barclays bank have agreed to match fund, meaning an amazing £1018 has been raised for Charnwood. A huge thank you to all those involved in arranging the event and to all those who took part on the day. 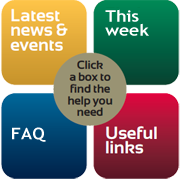